Apart from the good planning in object orientation. Flash havs this Script language which effort the applications.

In the future we will do a series of posts analyzing its posibilities. Nowadays show you how we can iniciate the use of this.

To see the actions of an object (for example a button) we have the Actions palette. Windows –> Actions: 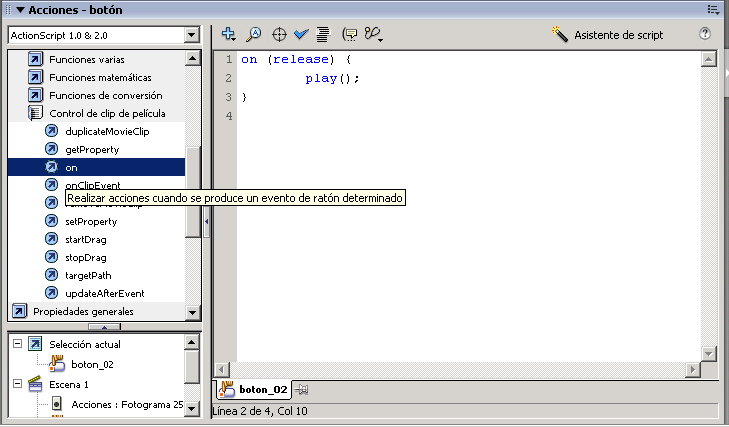 Warning: to action it, we must make a movie clip:

Although better is, to order correctly, create a movie clip and group all good.

To see the objects which have ActionScript, we have in Actions palette a window: 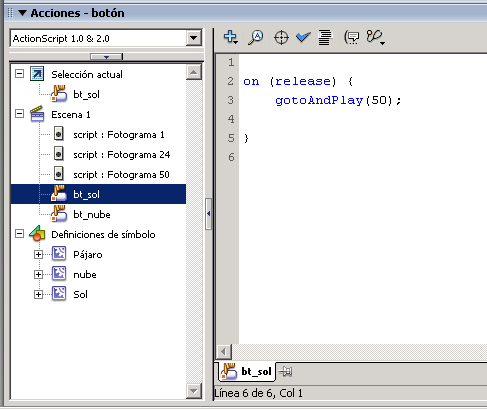 To see the ActionScript options we can see the following example (source):

With the buttons down-left we can do: